Katesbridge woman's search for her mum 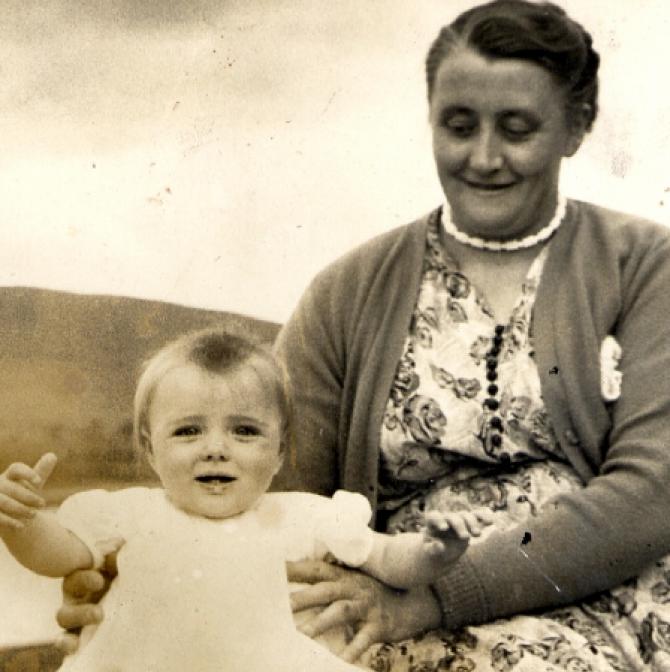 A KATESBRIDGE woman whose mother passed away when she was just two years old, is hoping Outlook readers will be able to provide her with some much-longed for information on her beloved mum.

Jean McCaughtry is now 62 years old and will mark her mother's 60th anniversary on Wednesday, 24 June.

A keen writer, Jean has managed to compile some information on her mum, Elizabeth McNeill (nee Cromie) from her siblings, however in a bid to provide a fuller picture and pay tribute to her mother, Jean is searching for someone who knew Elizabeth as a friend or neighbour.

Elizabeth was born at Ballygorian, Hilltown to Alexander and Mary Cromie. She was one of five children, with siblings Clare, Willy John, Thomas and Howard.

She married Francis McNeill from Lisnaree in 1943 and they lived in Ardarragh, where they had five children - Agnes (who died in 2018), Samuel (who died in 1994), Eric (who lives in Canada), Elizabeth, known as Beth (who lives in Scotland) and Jean, who lives in Katesbridge.

“Sadly, my mother died on 24 June 1960 after a short illness. My father, Francis had lost his mother in tragic circumstances the month before, so the impact of the death of his wife was enormous,” said Jean.

“There were five children left without a mother, their ages ranged from 16 to two.”

Losing their mother at this time brought about difficulties for the family. They did receive great family and community support, but the loss was huge and had a vast personal impact on them as a family and as individuals.

As the youngest child, Jean does not have memories of her mother. However, through precious photographs and stories from her siblings and family, she has an image of the woman who carried her for nine months.

Jean would be very keen to hear from anyone in the community who grew up with her mother, went to school or Sunday School or church with her.

“Hearing from someone who knew her would be a very special event for me, as I try to fill in the jigsaw pieces,” said Jean.

“Mother/daughter can be a very special relationship and I have a profound sadness that I was unable to have that unique relationship. I feel my own experiences of grief were compounded by the loss of my mother.

“As I get older and face my own mortality, I am much more aware that the community my mother grew up in is smaller in number year by year.”

Due to her own life experiences with grief, including a stillborn child, the loss of her brother, father and sister, Jean found writing about these experiences both painful and therapeutic. She has recently retired and hopes to spend more time writing.

“My hope would be that experience of grief shared may be helpful to others. I have done many short courses and was recently due to attend a short course at Queen’s University, called ‘The Healing Pen’ but unfortunately that was cancelled due to the coronavirus,” she said.

“Even though my mother died 60 years ago, she is still a very much-loved mother to Eric, Beth and myself.”

Jean’s favourite books are ‘Leading’ by Alex Ferguson and ‘When Breath Becomes Air’ by Paul Kalanithi. Both express life experiences with people, relationships and life with meaning.

Despite the sadness in her life, Jean has had a very fulfilled, happy life. Her interest in books and reading has always been there, but after her participation in the John Hewitt Summer School in 2018, she really started to believe that writing a very human story was possible.

So far, short stories about grief and loss have been her lot, but she is hoping 60 years on from the death of her mother, it is a good time for a longer piece of work.

“She took on the role of carer/mother as a very young girl and did it with love and respect.

“My favourite verse on grief and remembrance is: ‘Grief never ends, but it changes; It’s a passage, not a place to stay; Grief is not a sign of weakness, nor a lack of faith; it’s the price of love’ (author unknown).

You can contact Jean with any information you have by telephoning her on 028 4067 1564, emailing jeanmccaughtry@hotmail.co.uk or you can email The Outlook at editor@outlooknews.co.uk