Condemnation at a lack of defibrillators on popular tow path 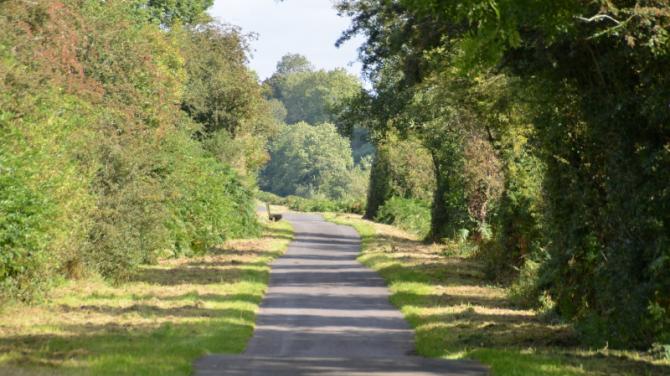 The tow path, which covers a distance of 20 miles, is a popular walking and cycling route for people of all ages and abilities

A BANBRIDGE man has spoken out about the lack of defibrillator facilities on Scarva Tow Path.

The local man, who did not wish to be named, was out for a walk with his wife earlier this month when she took an epileptic seizure along the path close to Banbridge.

Scarva Tow Path stretches from Bann Bridge in Portadown to the Town Hall in Newry and is a 20-mile route.

While the man’s wife was taking the seizure, he realised there was no close-to-hand defibrillators along the path should she not have recovered or stopped breathing.

He also spoke out about the lack of signage and guidance to the life-saving devices that are already located along the path.

“Most people go to the tow path for exercise and they are both young and old, but also others go there who are recovering from medical conditions.

“What would have happened if it was a heart attack or stroke or another very serious condition?” he said.

The man also had to contact his daughter for assistance who sourced a wheelchair from a kind neighbour.

His daughter then had to drive from Banbridge to Scarva and then walk on the towpath to find her parents due to access issues.

He continued: “Epilepsy is often not seen as a disability, but it is. People stopped to help my wife whom we are very grateful for however, there were also those that actually swerved around her as I tried to guide her to the grass verge for her safety.

“There are numerous points along the path for putting dog dirt into - but the same cannot be said for life-saving devices.

“Where are the facilities for us? There needs to be more information given about them to the general public and what is the point in having something for safety reasons if no-one knows about them?”

In response to The Outlook, a spokesperson from Armagh City, Banbridge and Craigavon Borough Council said: “There is a defibrillator at Scarva Visitor Centre located on the end external gable wall of tearooms in a key-coded cabinet.

“We also have two defibrillators in Cascades Leisure Centre which would in normal times be used for towpath users on the Portadown stretch.”

Meanwhile, a spokesperson from Newry, Mourne and Down District Council said: “The section of tow path at Scarva is managed by Armagh, Banbridge and Craigavon Borough Council.

“Newry, Mourne and Down District Council is aware that a defibrillator is located at Jerrettspass which is the closest to the towpath (located off the towpath) and that this is a local community initiative.”