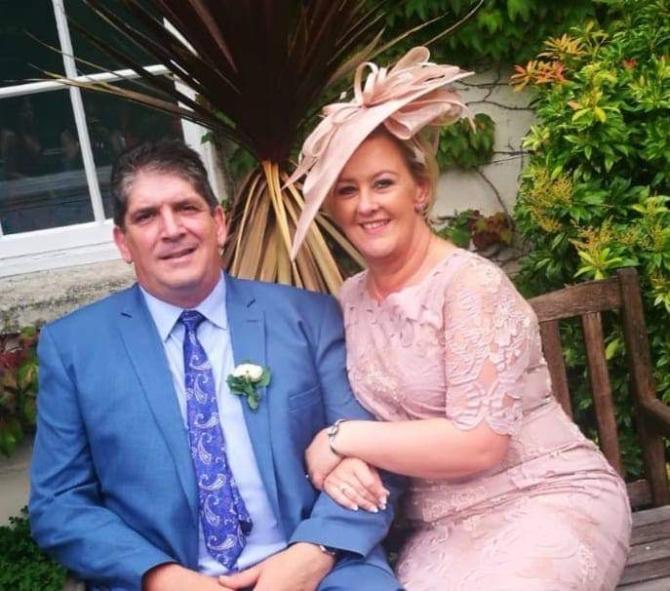 Brian Hunter and his partner, Jules Stothard, proprietors of the Laganview Arms in Dromara.

THE proprietors of a well-known Dromara pub have thanked the local community for showing “overwhelming” kindness during lockdown by running a Just Giving page to help them cope with lengthy periods of government-enforced closures.

Dromara man, Brian Hunter and his partner, Jules Stothard have run the Laganview Arms on Dromore Street for the last five years.

The local bar was told to close its doors in March during the first lockdown and then was able to reopen again as a wet outside bar in July.

Patrons were able to move inside in September in limited numbers before it had to close again in October, with doors remaining shut since due to government legislation.

It comes as non-essential retail and some parts of the hospitality sector were allowed to reopen again last week after a two-week limited lockdown.

Restaurants, cafes and other venues serving food can resume trading; however pubs that do not serve food must remain closed – such as the Laganview Arms.

Jules told The Outlook the closure has been “incredibly difficult” for both herself and Brian.

She added: “It has been terrible both mentally and financially and we are a real community bar and we would do a lot of charity work too.

“It is very hard to budget when there is no money coming in. At the first lockdown in March, our customers were scared we would not be able to reopen and so a Just Giving page was started for us.

“We left the money at the time and we are so glad that we did as we really need it now. We do a lot of charity work in the bar and we think this is our customers' way of paying us back for that.

“All of these acts of kindness show the strength of the Dromara community and how they have all pulled together in a time of need for many people.”

See the full story in this week's Outlook