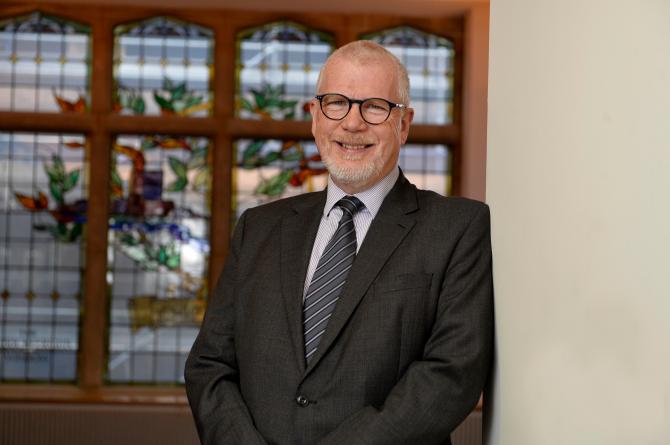 FOR the first time since 1894, the Presbyterian Church will have the same Moderator for two consecutive years - Banbridge native Rt Rev Dr David Bruce.

He will become only the seventh minister ever to have the honour, with all six previous ministers having done so in the 19th century.

Rev Trevor Gribben, Clerk of the General Assembly and General Secretary of the Presbyterian Church in Ireland explained that Rev Bruce was the only individual willing to let his name go forward for the role during this most difficult and unprecedented time.

He said “Taking an overview of the current situation, with our presbyteries not being able to meet physically, due to current restrictions in both jurisdictions, and the fact that only one name was under consideration, the General Council’s Standing Committee, acting with delegated authority, unanimously agreed that Dr Bruce’s name be forwarded to the General Assembly for appointment as Moderator for the 2021-2022 church year.”

“Since our General Assembly came into being in 1840, this has only happened on six previous occasions, the last time being in 1894, 127 years ago.

However, the outcome of this year’s nomination process is a further demonstration not only of the unprecedented times that we are living through, but also of leading of the Lord, as we have prayerfully sought his guidance for the days ahead.”

Speaking about the decision, Dr Bruce said: “I am, of course, deeply honoured to be asked by our Church to be its next Moderator. To be considered for a second time is also truly humbling. When I was first nominated a year ago, no one could have possibly anticipated the challenges that we would face the following month, let alone a year on.

“In addition, and in Ireland, north and south, 2020 began and ended with Brexit, the complex implications of which are being played out before us right now. The Church currently finds itself unable to meet face-to-face for worship, and with its normal programme of activities heavily curtailed.

“But in the midst of this, there is hope – just as the dawn comes after a dark night, and spring arrives after a long winter, for the Christian, resurrection bursts upon us after the devastation of the Crucifixion.

"This is not a time for grand promises and detailed plans. This is a time for careful reflection and faithful trust that God will see us through. There is Hope.