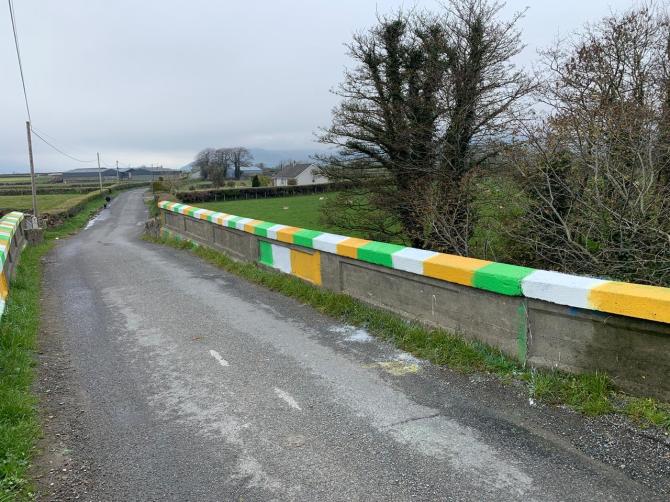 The wall at Chesney's Brae which was painted at the weekend.

THE painting of Chesney's Brae on the outskirts of Kilkeel in the colours of the Irish Tricolour has been condemned.

It occurred at some stage over the weekend in an area named after British Army General Francis Rawdon Chesney, a Mourne man who carried out the original feasibility report into the creation of the Suez Canal.

DUP Mournes Councillor Glyn Hanna said he was "extremely disappointed" to see the painting had been carried out on the wall and called for "no tit for tat" responses to be carried out.

Such responses, he said would leave the district "painted like a circus" and would "lower the tone" of the Mourne area.