'Orange' trees being planted in Rathfriland to mark NI centenary 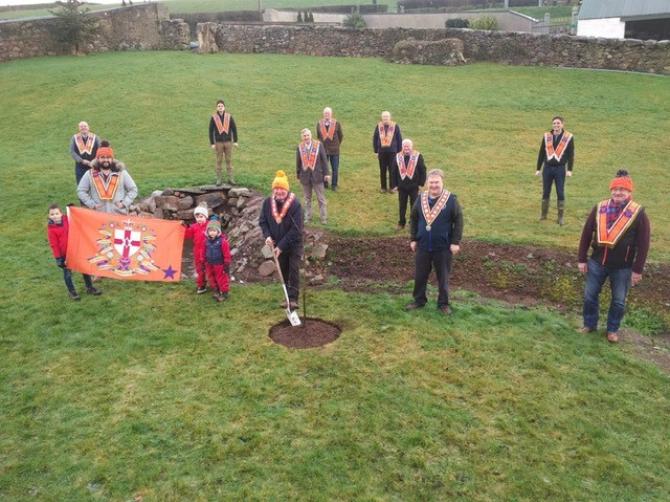 Local Orange Order members plant the first of the 100 King William's Chestnut trees to mark the centenary of the formation of Northern Ireland.

RATHFRILAND Temperance Guiding Star LOL 976 are celebrating the 100th anniversary of the formation of Northern Ireland by organising the planting of 100 trees during 2021.

And they are encouraging other Lodges, as well as schools, community groups and those planning centennial celebrations to get join in on the scheme.

The chosen trees for this initiative are Castanea sativa, the Sweet or Spanish Chestnut or even ‘King William’s Chestnut’, as it is sometimes called.

Speaking to The Outlook, a spokesperson said: "We believe that through this initiative we can contribute in a small way and help support the wider political commitment to increase tree cover back to what it might have been like when King William was marching through our beautiful countryside on his way to defeat King James II and his Jacobites at the Battle of the Boyne.

"So, as we celebrate our identity and history in 2021, we invite Private and District Lodges, schools and community groups, individuals and those planning Centennial celebrations to join with us in planting this tree in anticipation of the next 100 years of Northern Ireland. A record of each individual tree is being kept along with the location it was planted so that DV, future brethren during our bicentennial celebrations will be able to revisit the trees and remember those who have gone before."