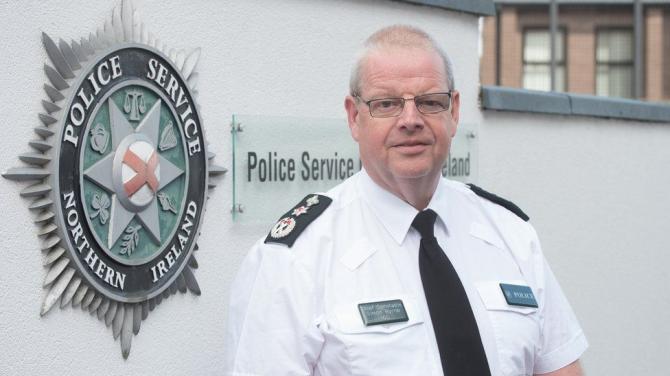 The ABC (Armagh, Banbridge and Craigavon) Council has called for the resignation of PSNI Chief Constable Simon Byrne.

THE ABC (Armagh, Banbridge and Craigavon) Council has called for the resignation of the PSNI's Chief Constable and Deputy First Minister.

Members narrowly backed a motion at the full meeting of council calling on Chief Constable Simon Byrne and Sinn Fein's Michelle O'Neill to resign from their positions.

The motion, brought forward by DUP councillor, Darryn Causby and seconded by his party colleague, Alderman Stephen Moutray was put to a vote with 21 councillors voting to support and 19 voting against.

The motion read: “That this council stresses the importance of cross community confidence in the Chief Constable of the PSNI;

“Expresses our disgust at the actions of the PSNI leadership team in relation to planning and facilitating the shocking breach of COVID-19 regulations at the funeral of Bobby Storey and recognises that the actions on that day undermined the public health message.

“Therefore it calls on the Chief Constable, and the deputy First Minister, to resign in order to restore cross community confidence in policing and the political institutions.”

As such, the motion was adopted, with 21 members voting in favour and 19 against.