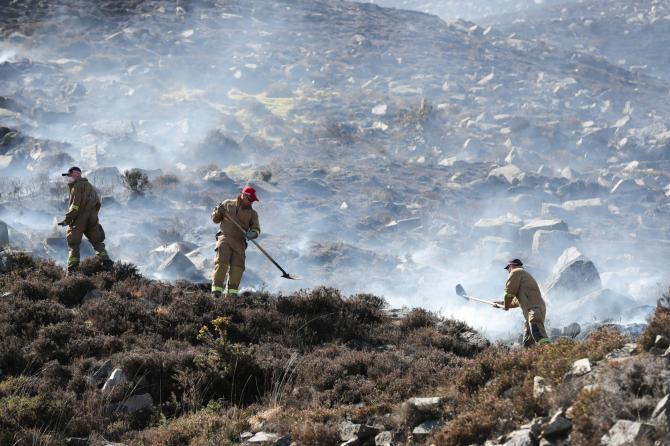 A SPECIAL meeting of Newry, Mourne and Down District Council is to be held next week to address the recent wildfire which ripped through the Mournes.

Representatives of the National Trust, Mourne Heritage Trust and Northern Ireland Fire and Rescue Service (NIFRS) are to address the meeting.

The massive blaze broke out early in the morning of Friday, 23 April and raged for more than two days, eventually covering more than 3.5 square kilometres.

Firefighters worked tirelessly to bring the blaze under control, which was declared a major incident by the NIFRS.

At its height, over 100 Firefighters, 12 Appliances from stations across Northern Ireland, three 4x4 vehicles, the Specialist Rescue Team and a Command Support Unit were all mobilised to the scene of the huge wildfire. Firefighters used beaters, jets and specialist 4x4s to extinguish the fire.

The incident also saw the use of Coastguard Helicopters to achieve an aerial view of the fire, inform tactical firefighting decisions and transport firefighters to remote locations to tackle the fire.