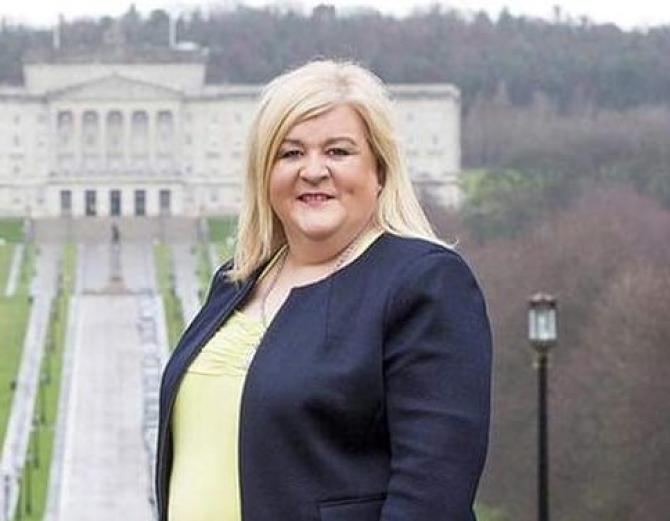 A SOUTH Down Assembly candidate has said she has been left deeply hurt by the removal of her election posters in the Rathfriland area.

A number of SDLP candidate Karen McKevitt's posters were removed overnight on Tuesday.

Councillor McKevitt said she had worked hard over the years to represent people regardless of their background and would not be deterred by the actions of those who removed her posters.

South Down candidate Councillor McKevitt said: “I was shocked, deeply saddened and disappointed to be informed that a number of my election posters had been removed overnight in Rathfriland.

"While this has happened to a number of my party colleagues across the North it still came as a nasty surprise, particularly given my efforts over the years to be a representative that works for every community in this area.

“I got involved in politics to help people, that’s what I have always done and that’s what I will continue to do. The people who took down my posters do not speak for the community in Rathfriland that I worked on behalf of when previously serving as the MLA for this area and hope to again following the upcoming Assembly election. We are at our best when we work together.

“The rising tensions around this election have been concerning and it’s not what struggling families in our communities want to be dealing with at a time like this.

"Families are finding it increasingly difficult to put food on the table and pay their heating and electricity bills and incidents like this just distract us from the issues that really matter to people in their daily lives.

"I won’t be deterred by any attempt to intimidate me or my campaign, I’m determined to be a representative who represents everyone and will keep fighting to put people first.”