Mayobridge's Irish dancing star Sophie on top of the world 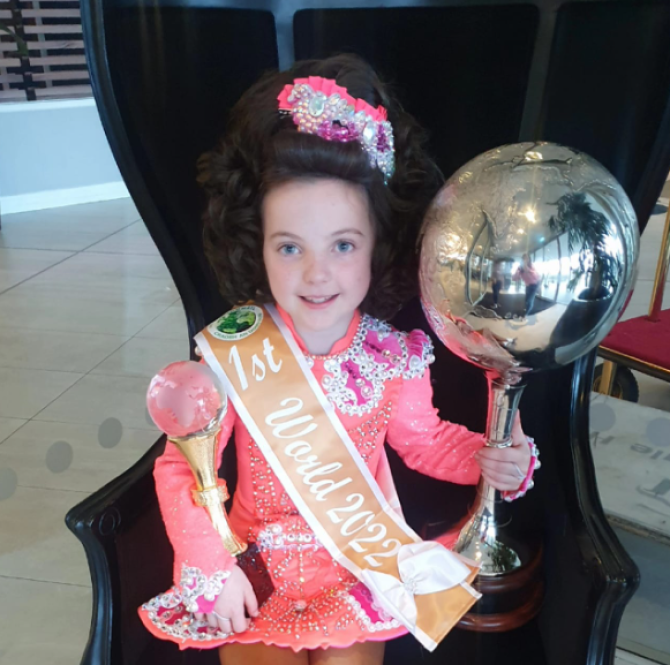 A MAYOBRIDGE girl has recently won a World Championship title in Irish dancing.

Sophie Sexton has been dancing since she was just three-years-old and on 11 April she was awarded First Place in the Under-10s category of the World Irish Dance Championships.

It was the first time Sophie had ever competed in the World Championships and she was up against over 90 other competitors who travelled from as far as the United States and across the world to take part in the contest.

The local girl's mum, Lisa spoke to The Outlook about her daughter's dedicated training and what it was like to see Sophie be rewarded for her hard work.