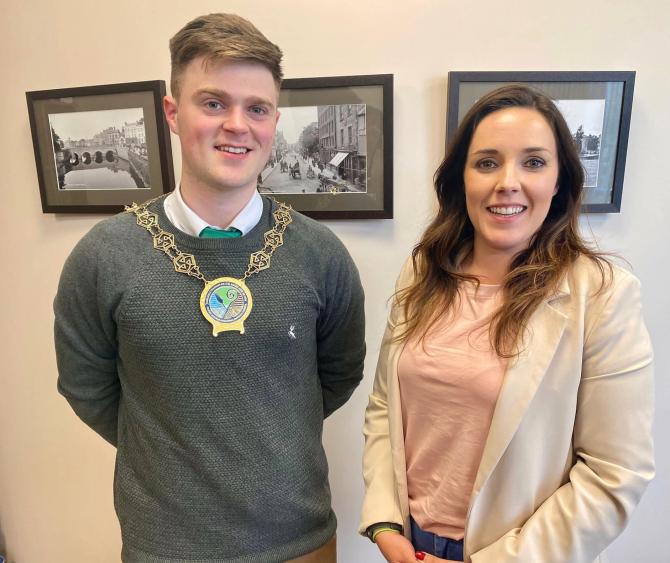 Cllr Michael Rice receives the chains of office as the new Chair of Newry, Mourne and Down Council from newly-elected MLA Cathy Mason..

SINN Fein Mournes Councillor Michael Rice has been named as the new Chair of Newry, Mourne and Down District Council.

The Atticall man, who only came on to the council in December when co-opted to replace the late Sean Doran, has assumed the role from Cathy Mason.

Ms Mason handed over the chains of office to Cllr Rice after she was elected to the NI Assembly last week for South Down.

He will hold the post for a number of weeks before a new Chair is appointed next month.

Speaking after taking over the role of first citizen from his party colleague, Cllr Rice said: "Delighted to have replaced Cathy Mason as Chairperson of Newry, Mourne and Down District Council.

"Cathy has been an excellent role model for me on the council. As chair, she championed Mental Health campaigns and put herself right across the community. Having been elected to the Assembly, she will be a fantastic representative for the people of South Down.

"I would like to thank my colleagues for their nomination and hope to repay the trust they have placed in me for the remainder of this term."