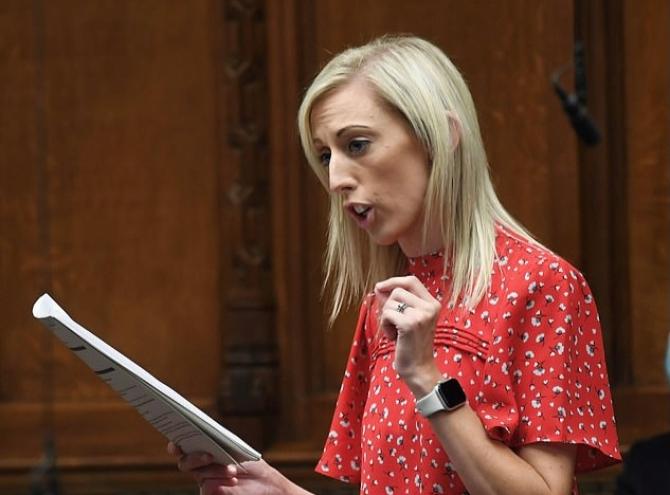 The DUP's Carla Lockhart has described the decision as unnecessarily radical.

A HIGH Court ruling that Christian-focused religious education in Northern Ireland primary schools is unlawful has been criticised by the MP for Upper Bann.

Responding to the verdict, which came by virtue of a legal challenge by a Belfast father and daughter to the current syllabus in controlled primary schools, the DUP's Carla Lockhart said:

“This is a disturbing ruling. Established practice in our schools, at the instruction of Mr Justice Colton, is now being discarded, not by those elected to make such decisions but by the judiciary.

"One wonders with the rapid creep of our courts into every aspect of government policy, whether we ought to consider electing judges and doing away with MPs, MLAs and Councillors," she added.

The Upper Bann representative continued: "Over the last twenty-four hours, many local principals, teachers and parents have been in touch to express their strong opposition to this ruling.

"No school forces a Christian ethos on any pupil – opt-out is available from all Christian teachings or practices. This is an unnecessarily radical ruling.

"I have raised my concerns with the Education Minister and would support her in any appeal against this ruling.”