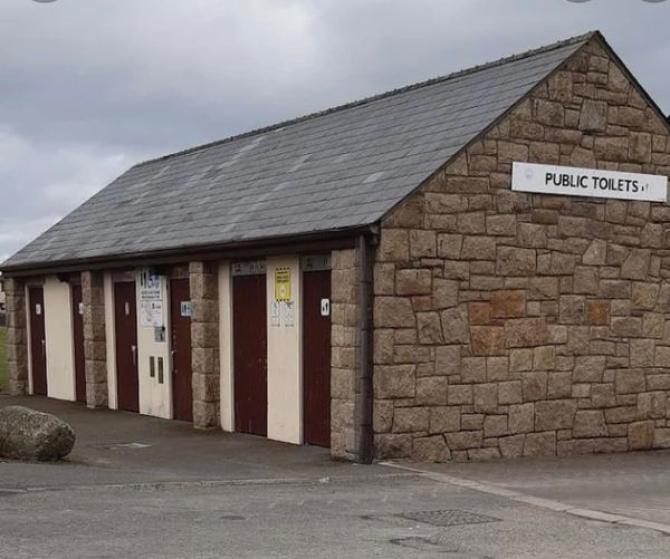 The facilities were left inaccessible after vandals put superglue into the locks. 2230809c

LOCAL politicians have criticised the state of the public toilets at Annalong Cornmill after it was revealed the doors to the facilities were glued shut.

The issue was discovered last week when members of the public were unable to access both the ladies and disabled toilets.

South Down MLA Diane Forsythe said she had received a number of complaints from people in the area about the toilets being locked at an inconvenient time.

She stated: “I received complaints of full closure not just limitation of hours.

“Thanks to Councillor Henry Reilly’s assistance, we were able to confirm the reason being that the locks on the ladies and disabled toilets have been vandalised with someone pumping super glue into them.

“As they are electronic locks on a timer, they have to get new parts and this is holding up repairs.

“This is a disgrace and ridiculous that people do things like that to public property resulting in no public toilets for anyone in the area to use.”

Read the full story in this week's Outlook, available now.