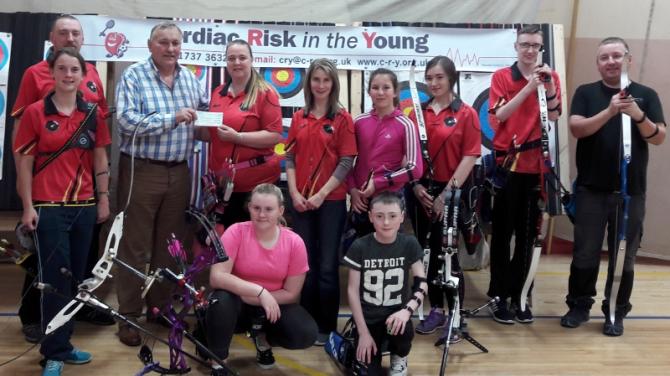 BANBRIDGE Archery Club raised £600 during the year by holding food and drink raffles and some quirky gifts at their three elite archery events all held at Gilford Castle Estate.

The charity, Cardiac Risk in the Young (CRY) is particularly poignant to some club members, so Banbridge Archery Club was delighted to have raised so much.

The first was the annual Castle Shoot held in May, the second was the Ulster 3d Championships in June where archers from England, Wales, Scotland and Ireland came to compete and gain scores for selection to the European 3d Championships in Sweden during September.

The third was the Challenge Shoot held at the end of August.

The club would like to extend their gratitude to Sarah McCloy and Christine Wright for their permission to use the estate grounds for these events.

The club would also like to thank all the club members who donated items for the raffles and archers who attended the shoots and bought raffle tickets or donated to the charity.

For any enquiries please contact the club at banbridgearcheryclub@gmail.co.uk