Hat-trick of titles for Rathfriland club 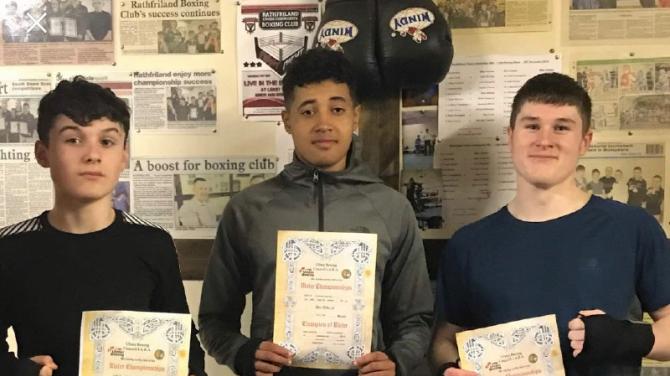 Donnelly and Bowen had straight finals with both controlling all three rounds, showing great displays of boxing for novice boxers.

Eoin Cooney had a semi-final on the Saturday and again was in total control throughout the contest.

In his final on the Sunday it was a closer affair with his Donegal opponent.

Cooney was put under pressure from the opening round but coped superbly, showing good skill with nice hooks and uppercuts to the advancing north west boxer.

Eoin’s hand was raised in victory at the end of three tough rounds, much to the delight of coaches George Lavery and David Mawhinny, giving the club three more champions so early in the season.