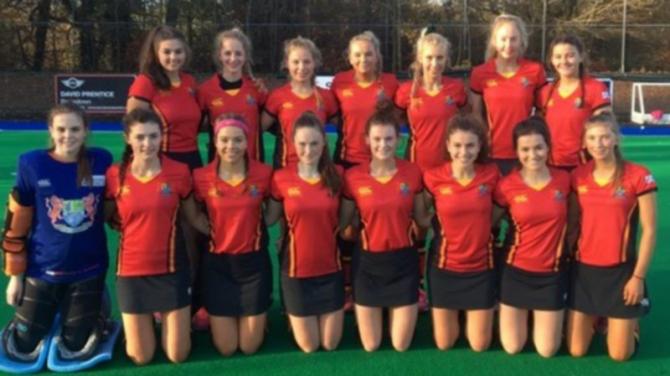 The match started with nerves from both sides, however each team had their fair share of possession.

The first half passed with both sides showing strengths but most of the play was between the two 23m lines.

Both teams came back into the second half wanting to take control.

The Academy’s defence remained solid with Holly Hanna and Hannah Buchanan showing composure and Ellen Reid and Katie McDonald linking well to push on through to help the attack.

However, 14 minutes into the second half Royal School Armagh found the net with a quality finish.

The Academy girls went searching for the equaliser through the midfield efforts of Alex Gardiner, Caitlyn Lyness and Nadia Benallal.

Gemma Hassan showed great skill to get round the solid Armagh defence, but all efforts were dealt with well by Royal School Armagh.

The Academy girls came very close to finding their goal through a well-worked short corner that just failed to be deflected into the goal.

Unfortunately, the clock ran out and Royal School Armagh won 1-0.

This will give the Banbridge Academy team even more hunger for success in the Belfast Telegraph Schools’ Cup as it commences in the near future.

The team will be eager to bounce back even stronger to ensure that they make a strong challenge to bring home silverware.