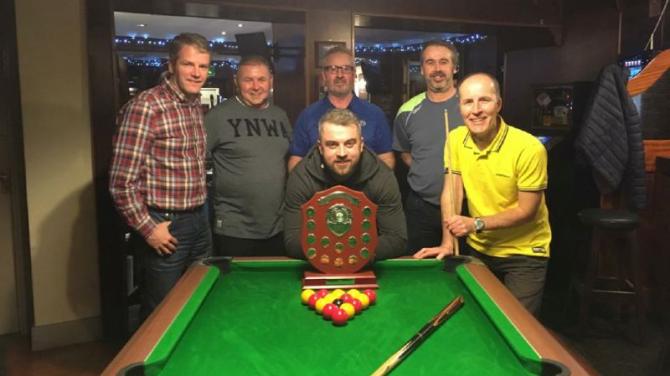 Minny Doyles overcame a strong challenge from neighbours Macs to win the first trophy of the season in the Shield final on Friday (25 January) night in The a Depot.

The greater experience of Minnys proved too much for their opponents as they kept their composure after a poor start to take the trophy. Macs started strongly and took a 2-0 lead through S Milligan and L McParlan. But P McCabe stopped the rot and F Quinn levelled at 2-2. P Fitzpatrick won to put Minnys ahead at the break. Fitzpatrick and McCabe again won to leave Minnys just needing one frame for victory. And it was the Capt. BJ who applied the final blow to win and take the trophy.

So it's congratulations to the Minny Doyles who are back winning a trophy after a long absence !