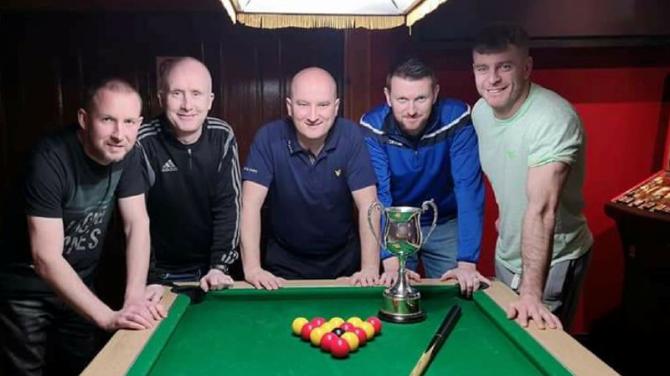 THE Brian Spiers Memorial Cup came to a climax in Macs and it was The Depot who came through an uneventful cup final against Anglers Rest.

The Depot took the lead through Niall after Colly had looked favourite and when Tony capitalised on an error from Cosgrave for 2-0, the writing was on the wall.

The Depot took control as Paul and Gary won for 4-0 and a first half shut out looked on the cards.

Mick finally got the Anglers on the board to leave them 5-1 down at the interval.

The Anglers needed a good start to the second half and Colly gave them just that with a revenge win over Niall. But any hopes of a comeback were quashed as Tony and Gary won to take the trophy for The Depot and leave the Anglers disappointed.

Congratulations to The Depot on winning the Brian Spiers Memorial Cup, they played strong pool and were worthy winners on the night.

Thanks to sponsors, Macs for their support and the use of their facilities on the night.