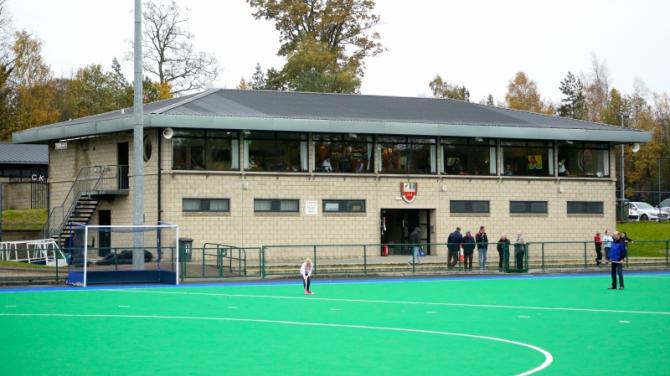 THIS Saturday sees a superb double header of senior hockey action at Havelock Park with both the ladies and men’s 1st XIs in action.

The ladies take on Dungannon seeking to notch up a double of league victories over the visitors having won the corresponding away fixture.

The men will take on their old rivals and neighbours, Lisnagarvey seeking to avenge their only league defeat to date earlier in the season.

Bann ladies, sponsored by McCormick Fleet Solutions, will be out to get their league season back on track both in terms of their programme and their league position. Not having had a game in three weeks since a defeat at the hands of Garvey which has seen them slip towards the relegation zone.

However, with the league positions being so tight and the locals having a few games in hand a couple of wins would see them climb into mid table.

Before Saturday Bann have a crucial game at fellow strugglers Randalstown on Wednesday night and a win would certainly help their cause and their confidence in advance of Saturday’s game.

The locals will welcome back Irish under 18 internationals Olivia Berry and Ellen Raid from their superb series victory over their England counterparts at Lilleshall last week and their return will boast the squad ahead of a run of fixtures that will hopefully see them move up the table.

Dungannon will come to Havelock Park on the back of a defeat at the hands of Ulster Elks last weekend and Bann coach, Phil Rankin will be looking for his team to repeat the performance that saw the local’s notch up a 5-1 victory over Saturday’s opponents in the corresponding away fixture just after the Christmas break. Saturday’s game hits off at 3pm.

The men, sponsored by Select Insurance and Hannath Estate Agents, will be looking to put Sunday’s disappointing defeat in the Irish Senior Cup against Three Rock Rovers, which saw them go out at the quarter-final stage after a 4-3 defeat.

They fought back from 3-0 down to level at 3-3 midway through the second half but fell behind again and could not make several late penalty corners count to draw level.

Lisnagarvey have ominously found their form and they will land at Havelock Park on the back of recent wins over Three Rock Rovers and Pembroke. The Hillsborough outfit have also inflicted Bann’s only league defeat in the corresponding league fixture earlier in the season when they came out on top after a nine-goal thriller.

With the likes of current internationals Jonny Bell and Daniel Nelson joining forces with ex-international and short corner specialist Timmy Cochram in the Garvey team, they will pose a stiff test for the locals who are hoping to keep pace with leaders Glenanne at the top of the table.

Garvey are tucked in behind so it promises to be a high octane shoot-out under the lights on Saturday evening.

Bann coach Mark Tumilty will assess the status of his squad after last weekend’s double header with Phillip Brown, just recently returned from injury, a doubt as he continues his return to fitness.

Aside from Brown, Tumilty will put his side through their paces this week in training as they seek to tighten up their play and reduce their mistakes which has cost them some goals in recent weeks.

Saturday’s game is at 6pm in an attempt to reach out to the wider local support and Ulster hockey family as the province’s top two sides will stand toe to toe in a crucial league game.

With the ladies game on beforehand and live music in the clubhouse afterwards from Soul Purpose, Havelock Park is the place to be this Saturday - be part of it!