Thirds advance in the Cup 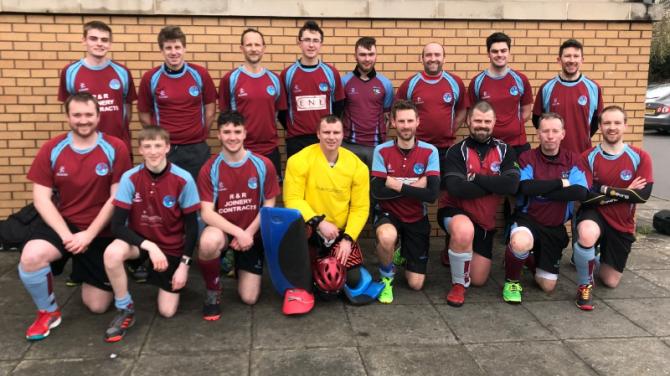 Captain Willie Quinn scored the opener when he deflected a penalty corner home. South equalised a short time after but Gary Graham scored a penalty stroke on the half time whistle to make it 2-1.

The home side equalised early in the second half but Danny Bird rose high above everybody else to restore the lead for the Men from Mourne with 15 minutes to go.

Once again the home side equalised and the game seemed destined for penalty runs, but with a minute to go Michel Pobloth scored a drag flick to give Kilkeel a 4-3 victory.

Great result to the lads who were good value for their win and now advance to the next round.

Big thanks to Andrew Cassidy as well for taking up the whistle to umpire for the thirds.