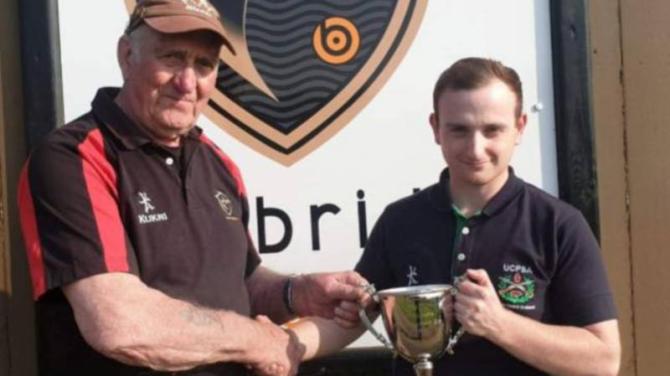 Easter Monday is typically a very popular event on the DTL calendar, and this year proved no different with one-hundred guns in attendance at Banbridge Gun Club.

At this event the Banbridge Club cup was up-for-grabs over the middle fifty targets, while the Jim McRoberts Cup went to the junior High Gun of the day.

Excellent weather brought in the shooters, but windy conditions were making for testing targets. Ronald Sloan would set the tone for the day, finishing on 296 having opened with a perfect seventy-five targets. Fortunately this perfect middle fifty was enough for him to claim the Banbridge Club Cup.

However it was Joshua Shortt who took High Gun for the day, his second over the Easter weekend with an impressive 100/298. The other piece of silverware, awarded to the highest scoring junior went to Scott Magill who claimed the Jim McRoberts Cup.