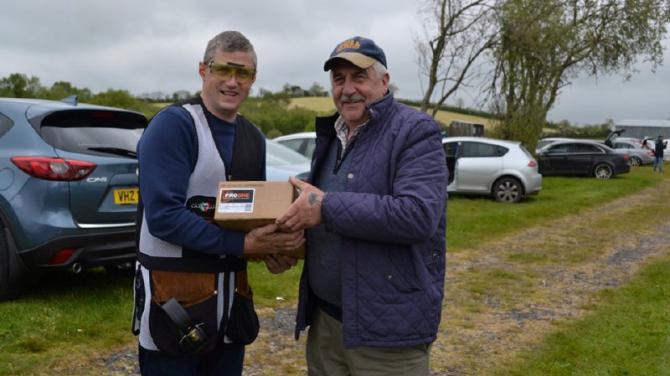 Banbridge Gun Club hosted the latest 100-bird DTL which incorporated the Double Rise championship which was also run on Saturday, 18 May.

Approximately seventy shooters were in attendance, and with ideal conditions some top scores were expected.

From the outset scores were impressive too, with Darren Armstrong posting a fantastic 100/299 with Geoff Dale following close on 100/298. It would take something special to beat the scores, and the perfect 100/300 came in the form of top Northern Ireland international shooter Wayne Balfour.

Scores were very much on the up, with no less than thirty-five shooters in the 290’s; the quality targets at the Banbridge club making for an excellent day’s shooting.

Final class results were as follows;

The Double Rise championship was also up-for-grabs, and was won by John Carroll. All the best wishes also go to those shooters heading to mid-Wales this week for the Kreighoff championship.