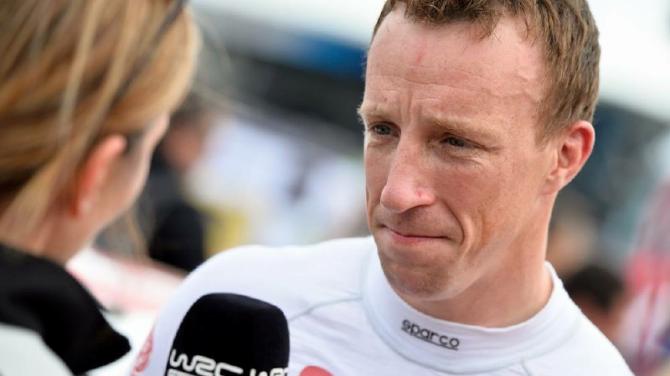 KRIS Meeke has admitted his World Rally Championship career is likely to be over and said it is “time for some new challenges”.

He will make his Dakar Rally debut in Saudi Arabia in January.

“I’m not chasing anything. I'm 41 years old so I think it is time to move on,” said Meeke on his WRC career.

“Obviously if someone lifted the phone and said ‘would you like to drive?’, then I would certainly consider it but it is not something I am chasing.”

After a false start with Mini in 2011, Meeke joined forces with Citroen for two rallies in 2013 before signing to drive a full season in a DS3 the following year.

He won his first event in Argentina in 2015, ending a 13-year drought for UK winners in the WRC, before undertaking a successful part campaign before the new generation WRC cars were introduced in 2017.

He had two victories in 2016, first in Portugal before he won Rally Finland, becoming the first non-Nordic or French winner since Carlos Sainz in 1990.

Citroen’s new C3 car proved to be difficult to tame in 2017, but Meeke dramatically won in Mexico before storming to victory in Spain later that year. His time with the French brand unceremoniously ended midway through the following year after a number of crashes.

Toyota handed the Dungannon native a reprieve in 2019 and Meeke’s final podium came in Germany before the team opted for a new line-up.

Looking back on his time in the WRC, Meeke told the BBC he “ticked every box apart from being world champion, a feeling very few get to experience” - citing Frenchman Sebastien Loeb’s nine titles, his compatriot Sebastien Ogier’s seven crowns and Ott Tanak’s sole success in 2019.

“If you look at the stats, there have only been three guys in the past 17 years who have been able to become world champion,” said Meeke.

“I never imagined as a kid that I would be driving in the World Rally Championship. I was there, I done it, I went through the mill a bit, I won my five rallies and got a good few podiums.

“I competed in my first full season at 35 years of age, and at the end of the day I probably had only three full seasons in the world championship. So to take five victories and win the biggest one of them all in Rally Finland, I can take a lot from it.”

Meeke says he is “excited” about his debut at the Dakar Rally, which runs from 3-15 January, and he is looking forward to trying new challenges in the future.

“I’m the type of person who once I get my teeth into something I try to concentrate solely on it, so my focus is on the Dakar,” he added.

“It’s impossible to make any long-term plans with the world and Covid at the moment, both economically and with lockdowns, but I will focus on Dakar and we will see what else comes up for next year.”