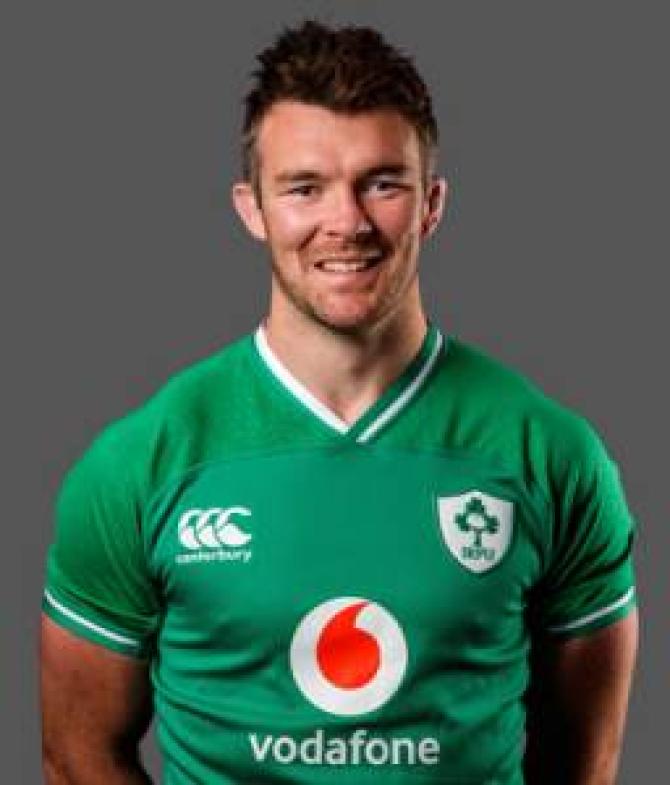 THERE is no doubt that Ireland flanker Peter O’Mahony made a bad decision to smash that ruck the way he did against Wales in last Sunday’s Six Nations opener.

Thankfully, opponent Tom Francis escaped serious injury but referee Wayne Barnes had no option but to brandish a red card for what was a reckless and dangerous act.

Especially in these times of television match officials who can be called upon to watch slow-motion replays from multiple angles, a ruck clear-out like that won’t go unpunished.

And in the context of enhanced consciousness about the danger of head injuries within the sport, it was incredibly stupid play from an experienced professional.

The Munster captain certainly let himself down and cost his team dearly, for surely Ireland would have won had they not been at a numerical disadvantage for most of the match.

Not least in the unforgiving glare of top professional sport, actions have consequences and the Cardiff defeat means the men in green’s Grand Slam chance has gone already.

At a personal level, the inevitable ban means the in-form O’Mahony will lose the starting spot he has fought hard to get back in the autumn of a decorated career.

Unlike some positions, Ireland have a proliferation of formidable back row forwards and the Cork man has handed his rivals a chance to steal a march on him.

O’Mahony’s horror at what he had done was obvious as he left the field, face buried in his hands, and watching the rest of the match must have been torment.

He didn’t need the baying social media and messageboard mob to tell him he had messed up pretty badly but, predictably, they turned up in vicious, vitriolic, venomous mode.

As with a poor performance, nobody knows better than a player or team themselves when things haven’t gone well and no criticism could make them feel any worse.

Top sportsmen and women are exceptionally competitive people by nature, who work hard to be the best they can be in pursuit of their hopes and dreams.

A combination of pride and professionalism means that falling short in whatever way will hurt them most, so the keyboard warriors will have been the least of O’Mahony’s worries.

We all have views and everyone is entitled to express them, but so much reaction these days is ridiculously over the top, often offensive and cloaked in anonymity.

O’Mahony has been a great servant for Irish rugby, a player whose abrasive and confrontational nature has served his province and country well in the past.

He got something wrong in the heat of the moment and will have to keep paying the price for that in the next few weeks, with his forthcoming contract negotiations maybe even affected.

However, we are in an exasperating era of far too much knee-jerk nonsense being spouted, with ridiculous demands for scrapping people and a toxic cancel culture.

Considering the tariff for a sinbin is considered to be around seven points, O’Mahony’s sending off represented a handicap of roughly 45 for Ireland last weekend.

In spite of that, they only lost by five, having squandered a golden opportunity to set up a last shot at an away win with the clock red when Billy Burns agonisingly kicked a penalty dead.

Admittedly Wales aren’t the force they were under Warren Gatland but, while this was a very costly loss for Ireland, it was hardly a catastrophic performance in the Principality Stadium.

Yet there were immediate demands on forums for every player over the age of 30 to be dropped right away, a clear case of throwing the baby out with the bath-water.

On the weekend that a 43-year-old Tom Brady stole the show at the Superbowl, such arbitrary ageism is ridiculous in itself and that’s something we can look at another time.

Apart from the age issue, simplistic calls for mass clear-outs are nothing new, to the extent that there would barely be enough players left to pick from if some had their way.

Yet the reality is that the heavily experimental teams people put forward never have to deliver on the field, unlike the sides selected by those actually tasked with the job.

Rather than being Irish first and foremost come the Six Nations, there’s an undercurrent of parochial nonsense, with the most bile being between Munster and Leinster supporters.

That feeds into the culture of selective criticism, with pearl-clutching provincial fans fiercely defending their own players and pointing the finger of blame at those from other teams.

Nobody should be beyond scrutiny but it’s frustrating that Irish heroes such as current captain Johnny Sexton and fellow leader O’Mahony are so much maligned in some quarters.

Our own Rory Best had to deal with way too much criticism for years along with other outstanding servants of an Irish rugby golden age in Rob Kearney and Jamie Heaslip.

Sadly, over-reaction and gratuitous insults are inevitably the order of the day among the armchair generals and anonymous morons who clog up platforms with their rubbish.

The social media swamp must be drained to at least some extent and the big companies behind these platforms have acknowledged in recent days that something needs to be done.

Free speech is important but those with malign agendas aren’t entitled to a platform for engaging in anonymous abuse and other harmful behaviour.

More than ever before, there is dangerous scope for racists, conspiracy theorists, Covid-deniers, amateur epidemiologists and general nutjobs to pollute the online world.

Of course, columnists tasked with writing hard-hitting opinion pieces are no stranger to expressing provocative, controversial views of our own on various subjects.

However, at least we’re accountable in terms of our bylines being on articles, so we have to own what we say and sometimes take plenty of flak for it!