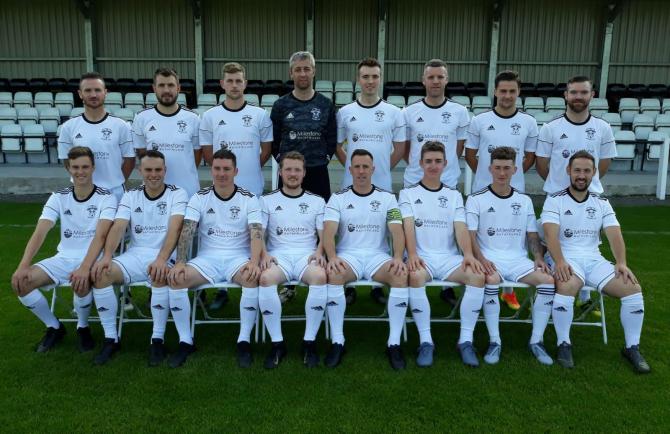 HAVING already secured the Bob Radcliffe Cup on Boxing Day, Rathfriland Football Club will be hoping that the current festive season is one that delivers them another exciting present today in Intermediate football, in the form of the Border Regiment Cup.

Following on from their Boxing Day exploits, Rathfriland Rangers will make the second of two attempts for cup final glory as they lock horns with Ballynahinch Olympic in the prestigious Border Regiment Cup final, with kick off at 2.30pm today (New Year's Day).

Rathfriland are there on merit with wins against Tullycarnet FC, Immaculata, Crumlin Utd and East Belfast in an epic semi-final to set up a mouth-watering festive final at Seaview, home of Irish Cup holders Crusaders.

The Ballynahinch Olympic team plays their football in the same league as Rathfriland sitting top of the pile with nine games played, zero defeats and 27 points from a possible 27!

Rathfriland previously won the Border Cup in 2016 when they came from a goal behind to beat Downpatrick FC 2-1 at the final whistle.

Manager Aaron Black has a mixture of experience and youth in his squad with quality such as goalkeeper Johnny Parr, midfielder Andy Kilmartin and striker Stephen “Rambo” Hughes mixed with the youth of Nigel Prentice, Jack Graham, Ruairi Fitzpatrick and Harry Campbell.

Rathfriland have been unbeaten since the third week of the season with a great run in all the cup competitions, which also sees them travel to Loughgall this coming Saturday in the fifth round of the Irish Cup, but will prepare and treat this final like every other game.

This is a very exciting time at Rathfriland Football Club for the players, officials, sponsors and the supporters, who time and again dawn the black and white hats and scarves to support their team.

The Border Cup final kicks off today at 2.30pm at Seaview.